You’re supposed to be different and be a little weird. It’s not a bad thing, we’re not meant to be the same.

I know I had previously announced that I would stop writing for a while, but something very tragic that happened barely less than 72 hours ago broke my fragile heart and made me scream horrendously inside. During what had seemed like another Saturday morning soon turned into my weekend of perpetual darkness and grief as I had read that Christina Grimmie was shot and killed by a man who had purported to hate Christians.

An article in The Santa Monica Observer  displays the following headline:

“Crime may be investigated as a hate crime. The Voice singer was outspoken in her Christian faith” [1]

The more I had read the outcome of the events that had unfolded that early morning in Orlando, the more I wanted to caress Christina’s bleeding corpse, and sob until God and His angels could hear me in Heaven.

Why God, why?  I would angrily scream at myself. How could You let this happen?! Christina was a blessing and a gift to humanity! She didn’t deserve this!

As I have been sifting through the influx of Google search results these past few several nights in an effort to get to the bottom of this, this story eerily feels like it’s coming out of a horror movie script. Not only did Loibl seemingly have a motive to assassinate her in her own cold, dead blood, police have pieced together evidence that his social media accounts display a vile hatred to nearly all Christians.

Which begs me to ask the dire question, “What sorts of Christians?”

The mega-pastors who run churches with tens of thousands in attendance every Sunday?

Because if these are the “Christians” you purport to antagonize, Kevin Loibl, I can clearly  understand where your hatred is coming from. But I want to personally write a note to you as well, and say that this so-called connotation of Christian you so vigilantly adhere to, can be said about the same connotations I have when associating with “militant atheists”—individuals such as Richard Dawkins, who continuously enjoy tearing the Bible to shreds (and in a very sadistic kind of manner, I must add) and want to declare to every last “Christian” on the planet that we’re all as high and intoxicated as the people who smoke shitloads of marijuana all the time—and classmates and acquaintances who develop very similar trains of thought as he does.

But Kevin, you are sorely misguided as I am when having to converse with my acquaintances about a topic as controversial and jaded as religion and faith. There are, in fact, several distinctions within the academic communities of religious studies and theology that explicitly define the difference between blind adherence and authentic spirituality. [2]

Christina Grimmie, the girl you had shot and killed on Saturday, mind you, is the latter of the two.

During all my years following her accounts and listening to her music—not once had I ever heard her curse non-Christians out on camera, or use Jesus’ name to spearhead some sort of misaligned political agenda of any sort. Not once did she openly condemn anyone—so what in your wrongly twisted mind made you presume she was out to condemn you?

According to all eyewitness accounts and police reports compiled thus far, she was actually ready to hug you—HUG YOU—YOU, OF ALL PEOPLE—YOU, WHO COULD ONLY THINK IN THOSE TWO SECONDS, “Hey, I better kill this girl. She really pisses me off…” [3]

She never has had any intention to cause harm to you or any of her millions of fans and closest family—and yet, you had nothing better to do than shoot her.

And why? All because of her devout faith in Jesus Christ? Give me a break.

Long rant and gross sobbing aside, Christina is a girl very near and dear to my heart, who has not only inspired me to keep going as well, but is in fact a girl I say is very much loved by God and, while clearly not perfect and flawless herself, is a very genuine Christian  in every sense of the words I am typing right now.

Moreover, while I do not know her views on how LGBTQ people are, I can only imagine that she would have greeted her non-heterosexual fans and friends the same way she has greeted everyone else in her twenty-two years of life on planet Earth—with open arms, an open spirit and most importantly—and I will never, ever downplay this—a heart full of God’s unconditional love, one of pure gold.

As a matter of fact, if she isn’t a saint up there in Heaven right now, I would also like to knock on God’s door one day and ask Him why.

Rest in Peace, beautiful girl. I hope to see you singing in that choir of angelic voices when my time comes as well. God bless you. O:) 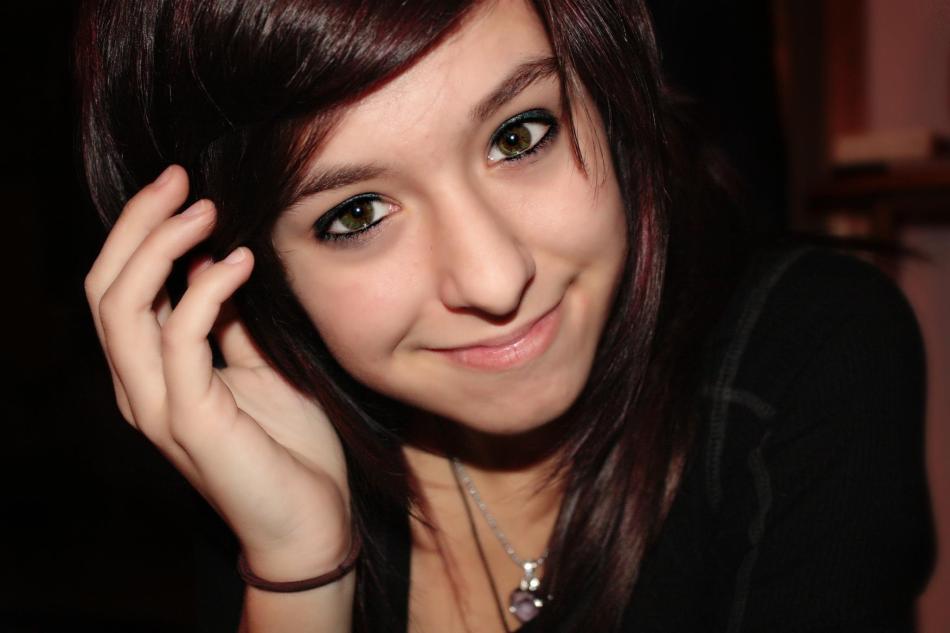 I Will Love You Always  #PrayforOrlando #NotOneMore  💖 😢

“Have I not commanded you? Be strong and of good courage; do not be afraid, nor be dismayed, for the Lord your God is  with you wherever you go.” ~ Joshua 1:9 (NKJV)

1 comment on “Flags Lowered at Half Mast: A Christian Speaks Out”